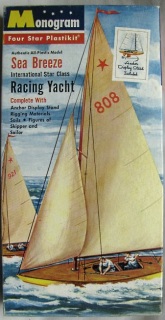 £
30.00
Rare first issue dated 1956. Large-scale kit that was well detailed for that time. Features flexible sails, complete rigging instructions, crew of two, working rudder and large anchor-shaped stand. Molded in red and ivory. The kit has never been started. It has been inventoried complete with all parts, rigging thread, sails and includes instructions. 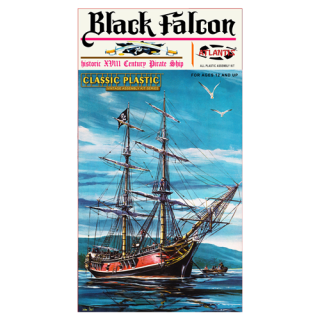 This gift set appears in an informative special packaging on the occasion of 100 years Titanic. In addition to the 1: 400 scale plastic model kit, this exclusive set includes 6 basic colors, a brush and glue. Original reprints of historical documents are included as a special supplement. These are: 3 postcards, a first-class menu, a 28-page White Star Line promotional brochure.

Display stand base with nameplate included

Paint and glue are not included. 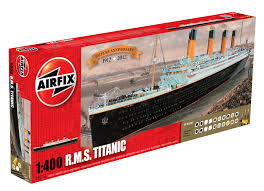 £49.95 £39.95
1:400th scale. Plastic. Released in time for the 100th Annivesary of the tragic loss of the Titanic in April 1912 this kit combines large size and excellent detail with the paints, brushes and cement required to build it.
REVELL 05203 LUXURY LINER QUEEN MARY 1/570 SCALE 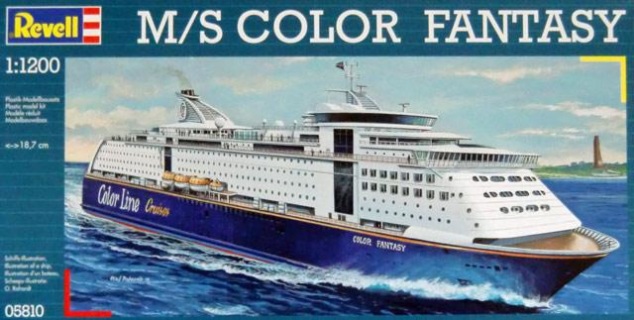