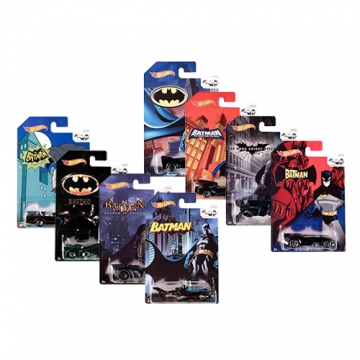 To mark the 75th anniversary of Batman, Hot Wheels have released a range of BAT vehicles in 1:64th scale for you to add to your Batman collection. There are 8 to collect and each model is supplied on a themed blister card with stunning artwork and the 75th Anniversay logo.