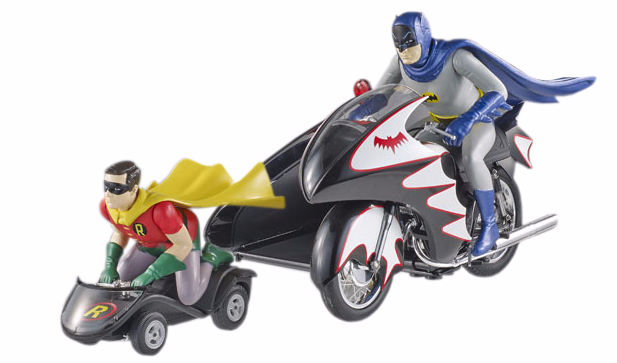 The Batcycle made its first appearance in the 1966 Batman TV series.  It was a 1965 Harley with a side car, but it was taken on lease and was only used for the first season episode "Not yet, He Ain’t".  Later that year, a new Batcycle was introduced; it was produced by Kistomotive, using a Yamaha Catalina 250.
Product Code: CMC85 Expected Release:- September 2015.