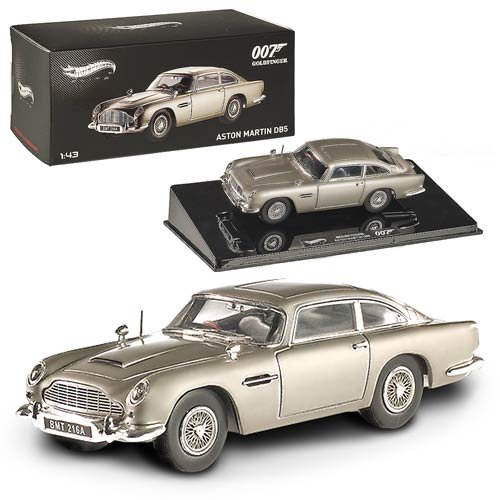 Based on Ian Fleming’s novel, the 1964 film Goldfinger was directed by Guy Hamilton and starred Sean Connery as the fascinating and irresistible Agent 007. In the film, James Bond investigates the gold smuggling operation run by Auric Goldfinger, who is planning an attack on Fort Knox. The iconic Aston Martin DB5, in the distinctive Silver Birch color, was Bond's car of choice in the film and has appeared in six James Bond films to date including the most recent blockbuster, Skyfall. The DB5 was launched in 1963 and was designed in conjunction with Carrozzeria Touring of Milan. Synonymous with exceptional craftsmanship, the blueprint for all Aston Martins remains constant – they are characterful and exciting cars built to the highest standards. All are imbued with Power, Beauty and Soul – combining pure performance and true sporting ability with refinement, luxury and exceptional beauty.