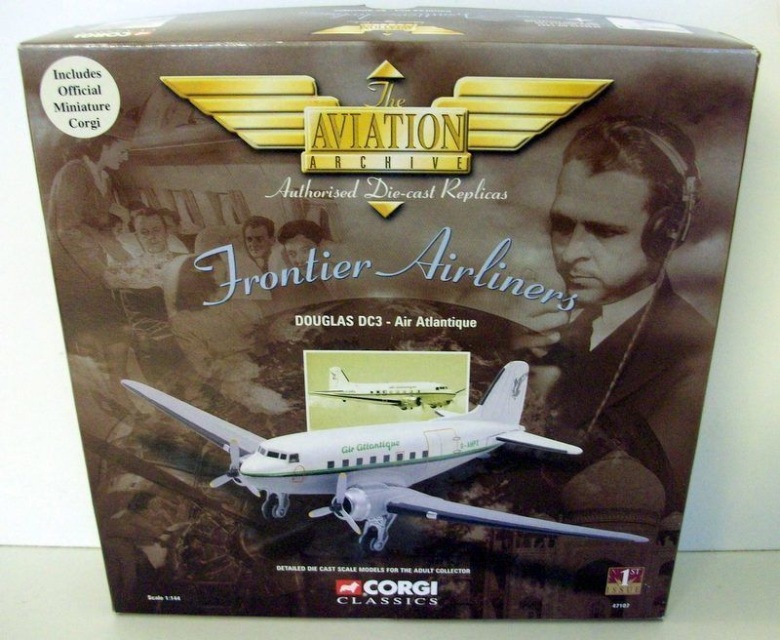 Designed to meet an American Airlines requirement for an enlarged version of the DC-2, the DC-3 was first flown on December 17th, 1935. Capable of carrying 24 passengers at a cruising speed of 180 mph, the DC-3's speed and long range revolutionized commercial air travel in the 1930s and 40s, when it carried 90 percent of the world's air travelers. Early DC-3s used Wright R-1820 Cyclone engines, but Pratt & Whitney R-1830 Twin Wasp Radials were fitted to later versions; these engines had better single engine performance and allowed the DC-3 to fly at higher altitudes.

Air Atlantique was an airline based at Coventry Airport operating a number of classic aircraft, both for passenger operation and for cargo transportation. They operated both the Douglas DC-3 and Douglas DC-6 but did also have a few aircraft on wet lease such as some ATR-42s and ATR-72s. Many of their remaining classic aircraft were donated to Classic Flight where they were displayed at airshows.