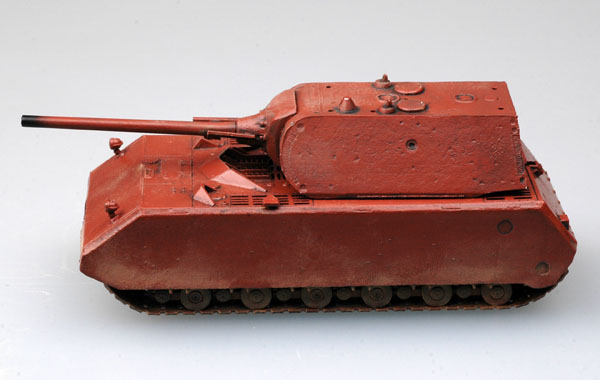 The Maus super heavy tank was a Porsche design. It featured 12" thick front armor, and was the largest tank ever built. Only two prototypes were actually completed before the end of the war. This model is based on the surviving example in Kubinka.