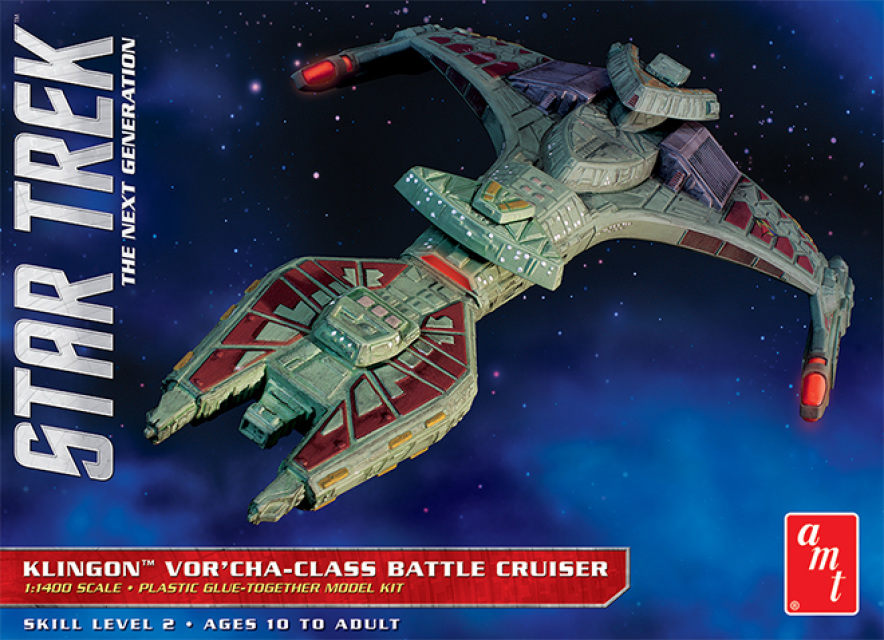 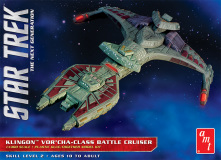 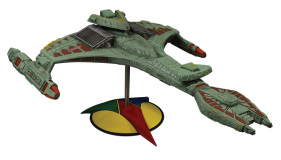 The Klingon Vor’cha-class battle cruiser was a capital ship of the Klingon Defense Force throughout the Klingon-Cardassian war and Federation-Klingon War. After fighting in the first Battle of Deep Space 9, it went on to serve in the Dominion War including the final conflict, the Battle of Cardassia.

This kit of the Klingon power house from AMT features finely detailed plastic parts injected in green with red clear parts. The Klingon crest base supports the model atop a metal tube. Klingon marking decals and pictorial assembly instructions are included