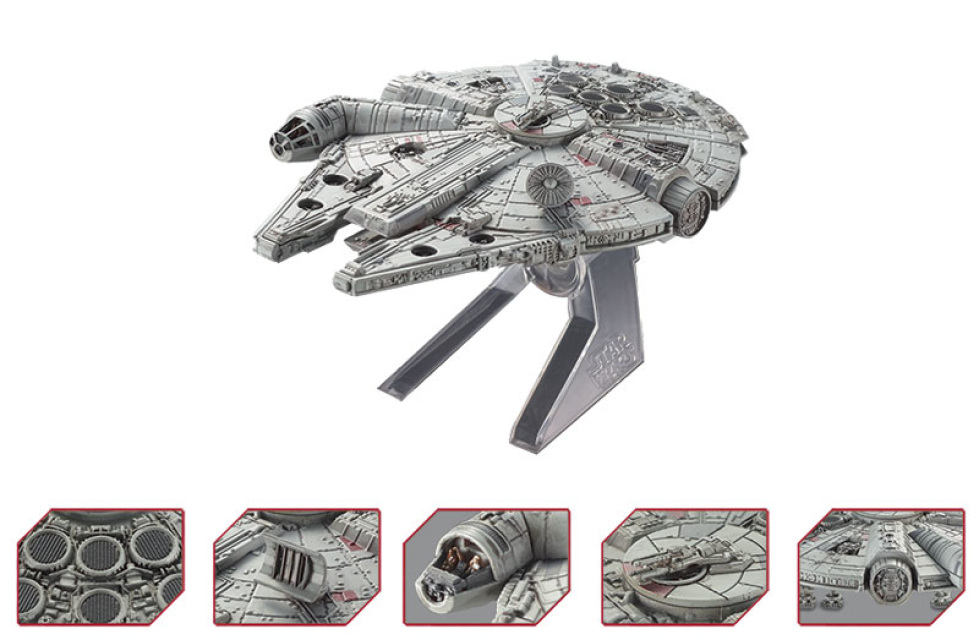 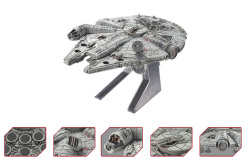 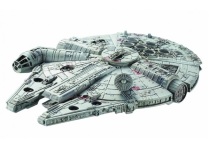 MILLENNIUM FALCON - RETURN OF THE JEDI

A new collection of ELITE Replica Star Wars spacecraft. Each model is about 15cm long and will feature some moving parts and a display stand. Very detailed and supplied in custom, themed packaging.

In Star Wars Episode VI: Return of the Jedi™, the Galactic Empire is constructing a second Death Star to crush the Rebel Alliance. The Rebels launch a full-scale attack to destroy the Imperial space station, and after a climactic duel, Darth Vader finally turns from the dark side to save his son, Luke, and destroy the evil Emperor.

The Millennium Falcon has been modified by various pilots over the years to boost its speed, shielding capabilities and overall performance. Although unpredictable with a worn down exterior, this legendary starship plays a key role in many of the Rebel Alliance’s greatest victories over the Empire.