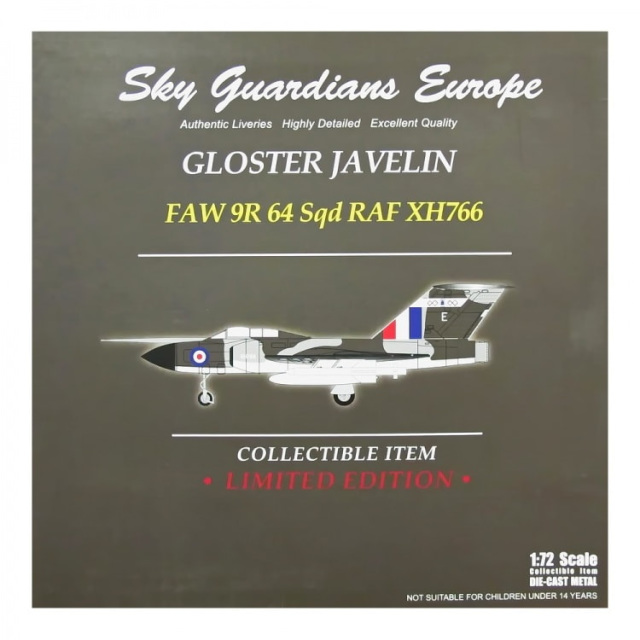 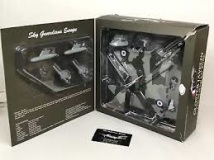 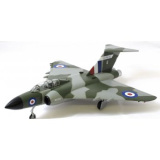 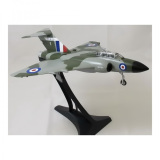 Witty's 1:72 scale Javelin model features a solid metal wing that has been cast with the nose and upper fuselage as a single unit. Replication of the "drooped" wing leading edge and wing-tip vortex generators can be seen on this model's broad delta wing. Upon close inspection, distinct-yet-subtle panel-line and rivet details are visible throughout, an uncommon feature in diecast metal (usually only seen on plastic models). The model and be easily configured for ground display, or mounted to its positionable all-metal display stand. Additional features include removable canopy, ordnance and fuel tanks.