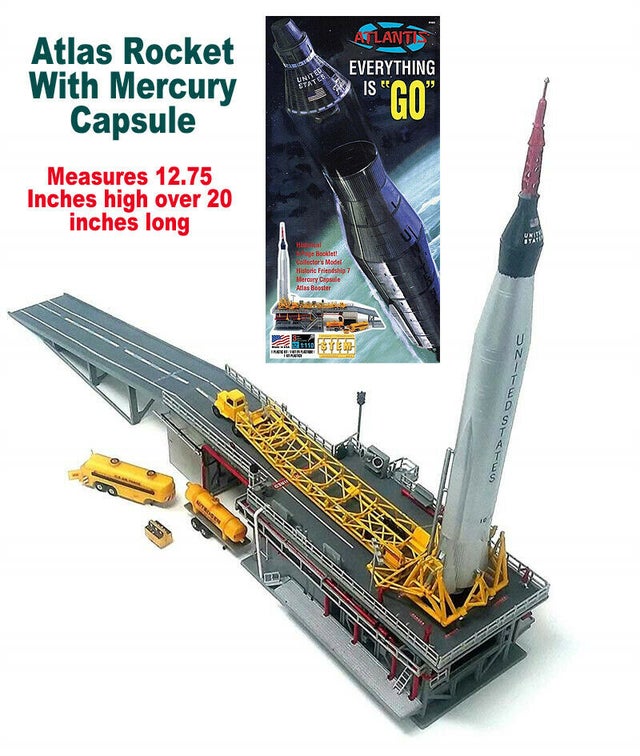 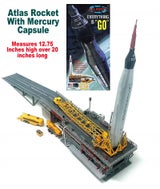 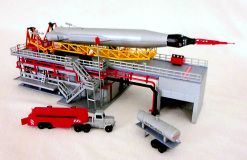 1/110 Scale. Molded in Gray plastic with educational booklet, water slide decals. Over 150 parts! On February 20, 1962, John Herschel Glenn, Jr. piloted the Mercury Atlas "Friendship 7 " spacecraft on America's first manned orbital mission of the Earth. After Launching from Kennedy Space center in Florida, Glenn successfully completed a three-orbit mission around the Planet. The Mission lasted 4 hours, 55 minutes, and 23 seconds from launch to impact, and during it Glenn reached an orbital velocity of 17,500 miles hour and a maximum altitude of approximately 162 miles. The flight was received with great enthusiasm and relief in the United States and many other countries, it also gave the United States even more hope of someday reaching the moon.