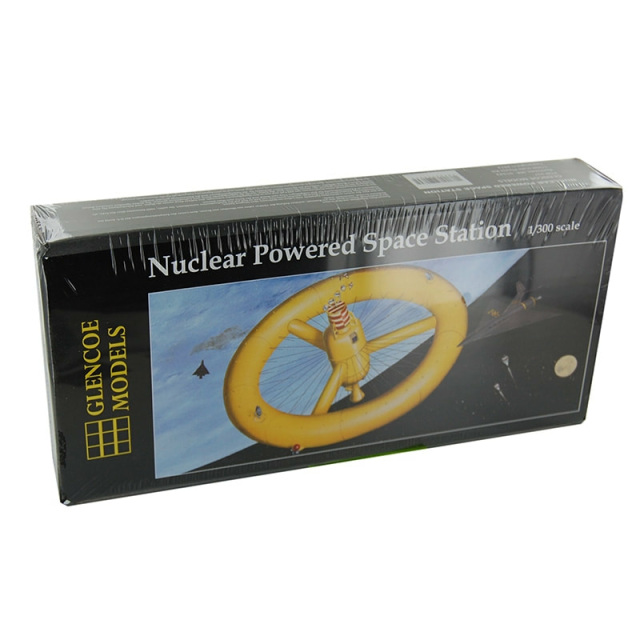 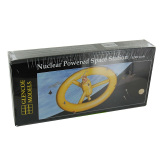 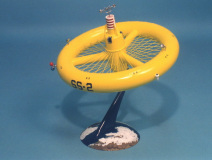 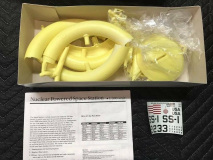 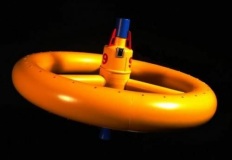 The S-1 Space Station was available only briefly during the mid and late 1950s. Glencoe Models revived it in 1993, billing it as simply the "Nuclear Powered Space Station." When purchased by Glencoe, the original Strombecker mould was in very bad shape due to poor storage; reportedly a year of restoration was required before an acceptable run of new models could be produced.

The Werner von Braun space station that appeared in Collier's magazine featured only two main spokes and top-mounted solar collectors. This updated Man in Space version has three spokes for extra stability, a core-mounted nuclear reactor for power and web-like radiators to bleed excess heat off into space. One-man "Bottle Suits" allowed astronauts to engage in extra-vehicular activities. Like virtually all 1950's-era space stations, the S-1 was a wheel that rotated to produce artificial gravity, a notion that would be nixed by NASA designers three decades later when designing the real International Space Station.