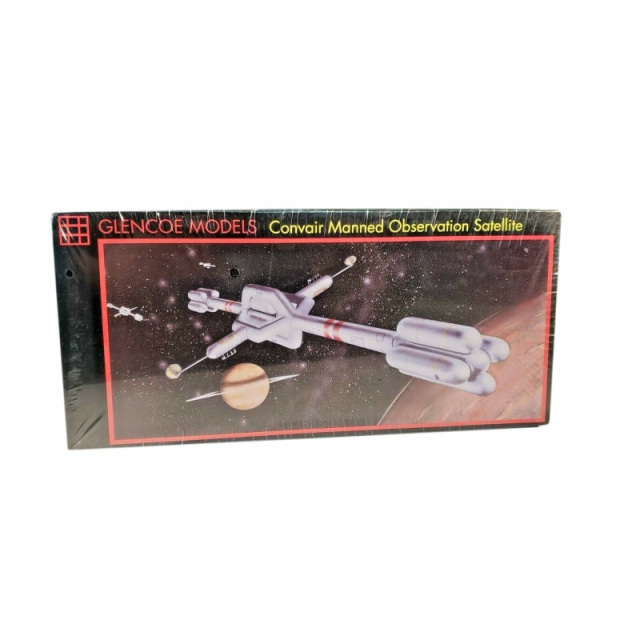 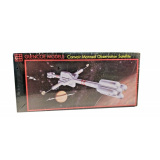 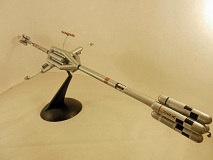 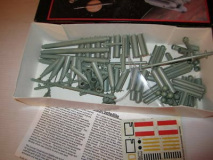 Released briefly in the late 1950's, this Strombecker kit suffered from sub-standard engineering, resulting in huge gaps between virtually all of its pieces when assembled. Glencoe Models' 1990's re-release was re-tooled to meet modern hobby standards, resulting in a cleaner, tighter-fitting kit along with a stand from the original kit.

Like many of the Krafft Ehricke concepts, the Convair Manned Observational Satellite was designed to be constructed from spent fuel tanks and other components cannibalized from used rockets. Intended to carry a crew of less than one-half dozen, the MOSV was little more than a passive high-altitude platform from which Americans could comfortably gaze down at the Earth 150 miles below -- and presumably keep a close eye on those nasty Rooskies.