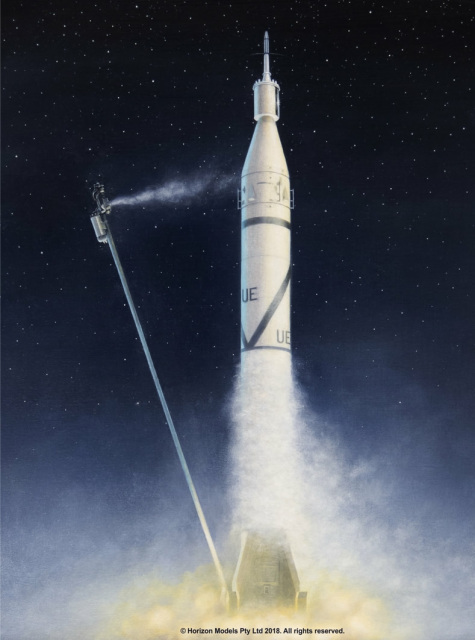 During the late 1950s, the cold war continued to increase tensions throughout the world, as both the United States and the Soviet Union had an arsenal of missiles at their disposal, with many more under development. But now the attention would be directed towards space, and who would get there first. The Americans used one of their most reliable rockets – the Redstone – added three more stages to make the Juno I, and mated it with the Explorer I satellite. It successfully launched on January 31, 1958 from Cape Canaveral in Florida, and a new era had begun for the United States. In the coming years, the Redstone rocket would prove to be a very reliable booster, and was used to launch satellites and the first American Astronauts into space.