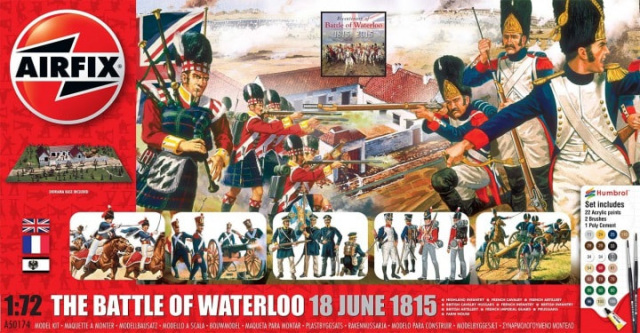 It’s 1815 and The Emperor Napoleon Bonaparte has raised an army and intends to rule over Europe. This ambition was finally thwarted on the Battlefield of Waterloo, in what is now Belgium, by an allied army led by the Duke of Wellington. Much of the battle was centred around a farmhouse, and this is the centrepiece of this superb set, containing a battle scene, and nine regiments of troops.

MINT IN BOX - However Instructions Missing.