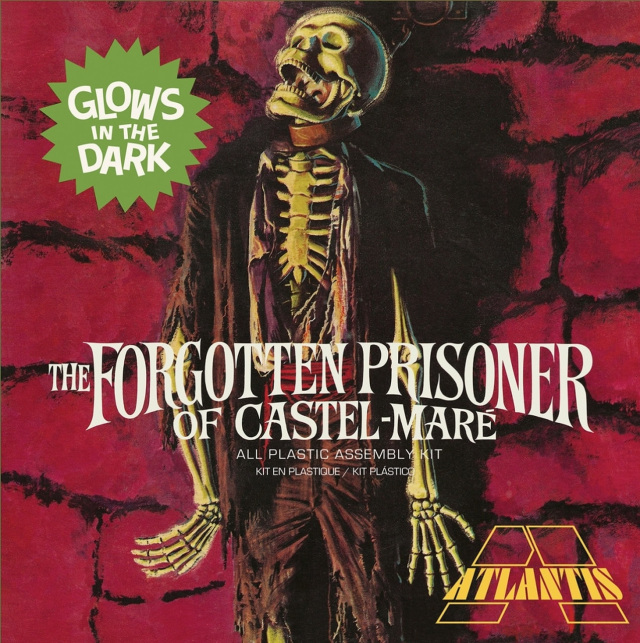 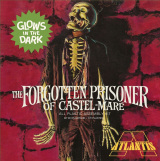 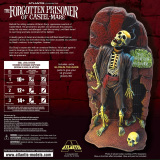 Behold the rotting remains of Baron Sorgi, oppressive overlord of Castle-Mare. His penchant is to plunder and persecute the peasants under his rule went unchallenged – until the cunning Lord Basti dared to oust Sorgi and take command of his fiefdom

A deadly game of deceit and double cross left Basti dead from an assassins arrow, but not before Sorgi had been accosted and chained by Basti’s minions, to be forgotten….forever!

1/8 Scale. This kit features all parts molded in gray with a special tree of spooky parts model in glow in the dark. It will come packaged in the old style square box featuring a new Atlantis Logo. This kit derives from the original Aurora Tooling.