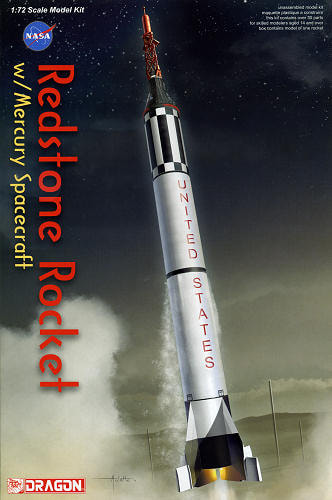 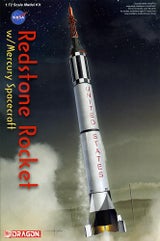 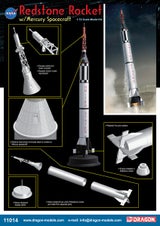 NASA modified a Redstone missile to create a 25.5m-long manned space launch vehicle that was designed to carry astronauts into space. The Redstone was selected because of its good safety record, and an upgraded Rocketdyne engine was combined with a Mercury spacecraft. The first Mercury-Redstone (MR-1) launch from Cape Canaveral in Florida occurred in late 1960 but it only got four inches off the launch pad! However, on 31 January 1961, with Ham the Chimp aboard, MR-2 completed a suborbital flight. Upon being recovered, the chimpanzee happily ate an apple and half an orange! However, it wasn't until 5 May 1961 that the first American astronaut, Alan Shepard, traveled into space on the third Mercury-Redstone mission (MR-3). This American success came just three weeks after the Russian cosmonaut, Yuri Gagarin, performed the world's first orbital spaceflight. An almost identical NASA mission with Virgil Grissom aboard blasted off on 21 July later that year. These missions were so successful that two further Mercury-Redstone flights were cancelled.

Dragon's Space Collection now features a 1/72 scale model kit of the Mercury-Redstone combination. The full rocket launch system is captured perfectly in miniature, and the Redstone rocket is an all-new tooling. Indeed, the thrust units are made as separate pieces, just like on the original system. This replica builds up into an assembly that's impressive to look at, and it comes with an integral display stand to show it all to best advantage. The Mercury spacecraft is perched atop the launch vehicle, and the surface pattern of the ablative heat shield is particularly well done. Mercury-Redstone was an important step in the history of space travel.