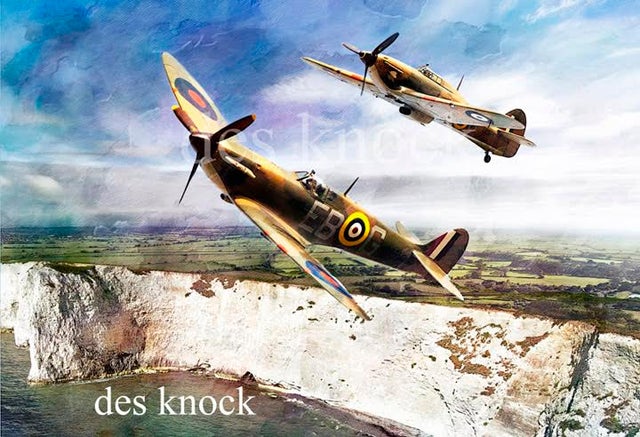 Eagle Day. Designated the day when  the German Luftwaffe would finally sweep the skies over England free of the Royal Air Force. But as plans go one destined to be challenged by the gallant young men of the RAF, pilots from Britain, Europe and from the Commonwealth all joined together in a struggle against the common foe.  And what more epitomises this fight than the redoubtable Spitfire and the sturdy Hawker Hurricane over the White Cliffs of the south coast.