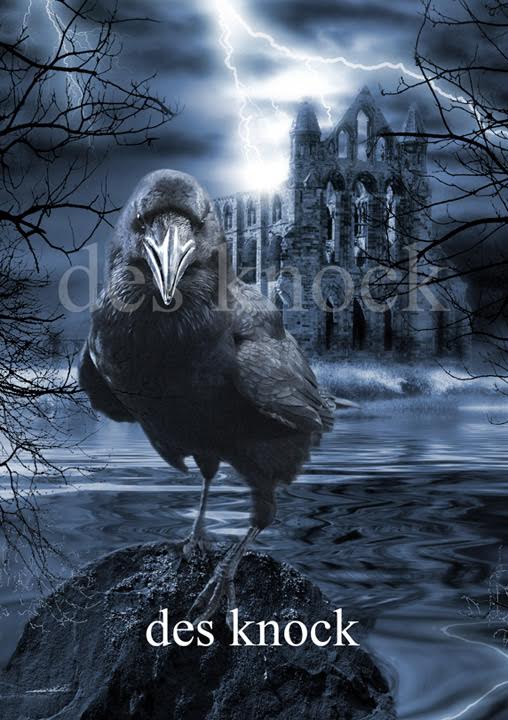 The Raven.  On my window softly rapping...was the Raven harbinger of doom or a preparation for a new way, oft the Ravens cry over the battlefields of yore....and in the epic poem heard the Raven never more.....  What more fitting place for the Raven than Whitby Abbey during a lightning storm, standing ever watchful, upon a head stone.