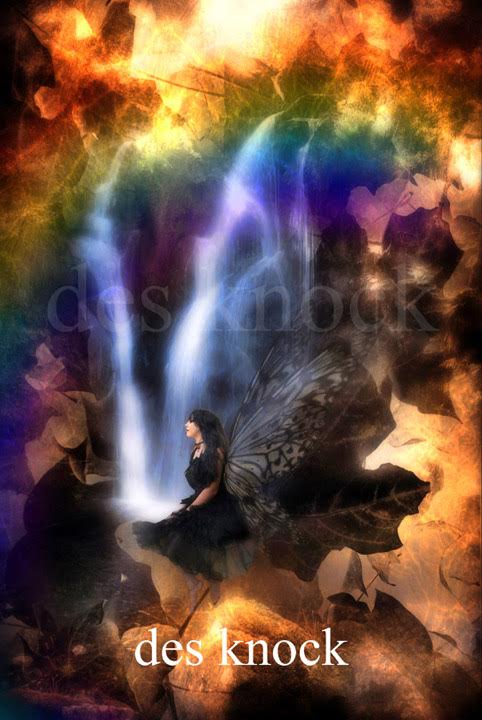 Cottingly Dell.  Waterfalls are the natural meeting place for  ethereal otherworldly beings and one of repute was Cottingly Dell .  Long held a mystery that some believe has been resolved but has this really been so?...What if the Fairies that  populated the Dell were in fact more than mere myth and one that even defeated the celebrated Conan Doyle? To the back ground sound of the waterfall might there still be ethereal elementals playing, dancing, singing , or just still in a repose enjoying natures bounty?