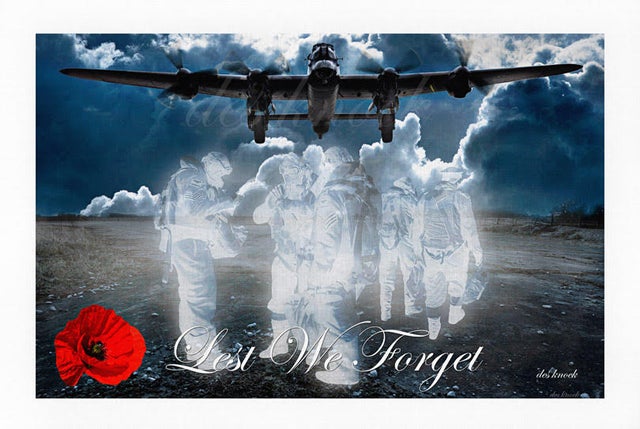 During WW2 over 57,000 Allied aircrew lost their lives in operational and training missions to bring an end to German tyranny.  Of all the fighting services this was  the largest number of losses and it is right that this sacrifice is recognised.  They died in the fight for freedom, the same freedom we all share today.  To honour this sense of duty I have created these pictures "Lest We Forget".