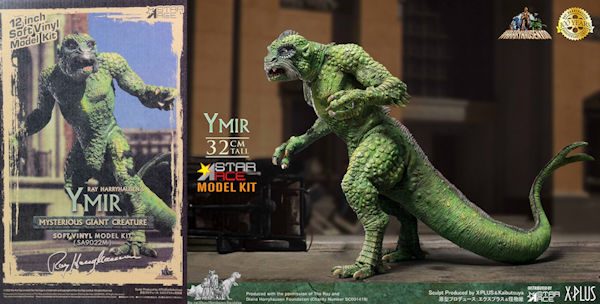 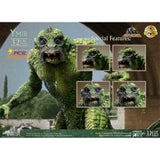 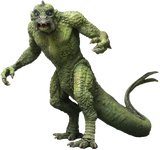 The Star Ace Vinyl Model series has begun at last! In his honour Star Ace is proud to release the Ymir, the creature that came a long way to Earth. This uniquely designed monster has a forked tail, scaly skin and is ready to attack.

This soft vinyl model kit stands 32 cm tall and is sculpted to exactly recreate the original Harryhausen stop-motion model, and his eyes can roll, and his jaw moves up and down.

This model kit is limited edition on 400 pcs.