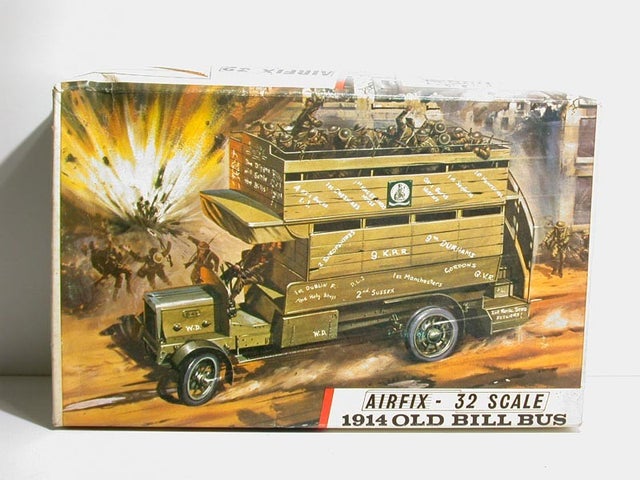 The LGOC B-type was a British city bus from the beginning of the 20th century and the First World War. The vehicle entered service in 1910. It could carry a total of 34 passengers, and its maximum speed reached 56 km / h. The vehicle had a total length of 6.87 meters, a width of 2.12 meters and a height of 3.79 meters. The B-Type bus was developed to meet the needs of London General Omnibus Company (LGOC for short), and the main purpose of its introduction was to improve bus communication in London and replace X-Type buses. It is worth adding that by 1913 there were already about 2,500 buses of this type on the streets of London. During World War I, about 900 buses of this type were confiscated by the British armed forces and were used to transport soldiers in their own backstage on the Western Front. The vehicles were painted khaki and the windows in the passenger compartment were removed. Buses modernized in this way could carry up to 24 soldiers in full equipment.