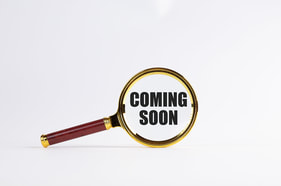 A selection of products available for advanced order. We will notify you when they are in stock or expected to arrive with us for dispatch to you.

All new plastic model kit from X-Plus.  Kit is 1:8 scale and comes with graveyard base. Photo shows prototype.

The X Plus Plastic Model series has begun!  Out of a deep respect for the legendary “Aurora Plastic Company,” X-Plus has decided to bring back a new line of plastic model kits that still somehow takes you back to the old days.

The first in the series is the famous comic queen “Vampirella,” illustrated by many different artists over the past fifty years, thanks to her enduring popularity.  This 1/8 scale model features the comic queen striking a pose based on Aurora’s box art for the 1/13 scale plastic model of Vampirella. The base includes a tomb stone and two bats inspired by her origin story as a vampire.

This is  an injection-plastic kit of a science-fiction/anime item.

X Plus presents a 1/8 scale plastic model kit of a faithful reproduction of the mechanical human 'Maria' created by Walter Schulze-Mittendorf in the German silent film "Metropolis." Not only are her parts sculpted in unique detail, but a chair is included as a base which was an iconic part of the film.

Note: Maria's parts come moulded in gold and clear, but paint will be necessary to achieve a more finished appearance.

Add this one-of-a-kind plastic model kit to your collection today!

The Star Ace Vinyl Model series has begun at last! In his honour Star Ace is proud to release the Ymir, the creature that came a long way to Earth. This uniquely designed monster has a forked tail, scaly skin and is ready to attack.

This soft vinyl model kit stands 32 cm tall and is sculpted to exactly recreate the original Harryhausen stop-motion model, and his eyes can roll, and his jaw moves up and down.

This model kit will be limited edition on 400 pcs.

In celebration of the 100th Anniversary of the master of movie stop motion animation Ray Harryhausen, Star Ace is proud to release the Kraken,

a giant and fearsome sea monster sent by the gods to destroy mortals that have defied them. Perhaps Ray Harryhausen’s greatest achievement in stop-motion animation,

the Kraken is a huge four-armed creature with a long tail and terrifying face traditionally sculpted by the artisans of the famed creature shop of Kaibutsuya,

this detailed Kraken vinyl kit is made from soft vinyl and stands 35cm tall and is an impressive 54cm long.

The servant of an evil sorceress, the Minaton is a great bronze automaton that exists only to serve the will of its master. Powered by a clockwork heart, this large metal Minotaur has the strength of many men and towers over normal humans.

Created by stop-motion genius Ray Harryhausen, this detailed replica of the animation puppet is 20” tall and carries his huge spear held in his right hand.

Traditionally sculpted by the artisans of the famed creature shop of Kaibutsuya, this detailed Minaton statue is made from polyresin and stands 20" tall. Each piece is hand-painted to look like it has a Bronze finish.

Don't miss your chance to add this statue to your collection today!

One of Ray Harryhausen’s most beloved creations is Bubo, the mechanical owl. Literally a gift from the gods, this small gold bird with ruby eyes has proved to be one of the most enduring and endearing of all the creatures Harryhausen brought to the screen.

This 30 cm vinyl model of Bubo is scaled to match the actual size of the original puppet; with moveable wings, legs and head.

New kit of the Lost in Space Chariot.  This is an ALL NEW model kit in 1/35 scale.

Doll & Hobby's All New kit in 1/35th scale and will include all new figures of the B9 Robot,Will Robinson and a seated figure Of John Robinson Driving the Chariot.

2022's "The Batman" gets its very own 1/35 scale plastic model kit from Bandai of a SCALE Batmobile! The mechanical details have been faithfully reproduced and the wheels move in tandem with one another. Soft material is used for tyres that reproduce the tread pattern. You'll love this realistic model of the Batmobile, so add it to your collection today!

For the first time ever, Moebius Models offers a highly detailed styrene kit of the BATGIRL based on Batman: The Classic TV Series! Includes batcave rock display base and nameplate, Skill level 3, ages 15 and up.

If you are interested in ordering the this great new model from Moebius please add your name to the waiting list to be automatically notified when this product is in stock!

This amazing set, the most ambitious to date, will feature our 12” DIE CAST Eagle Transporter with in-flight display stand, All New Pilot ship and a HUGE, incredibly detailed Nuclear Waste Dome Diorama!

And here is a look at the artwork for the reissue of the 1:350 Classic Enterprise from Polar Lights. This reissue will include the pilot parts so you can build as either the Production version, or the Enterprise as seen in the Cage or Where No Man Has Gone Before.

Round 2 is reissuing the 1:350 Classic Enterprise and will be including the Pilot Parts. This reissue also has the smooth hull, removing the engraved gridlines. It includes painting information based on the restoration of the studio model.

This is the long awaited 1:350 Classic Enterprise from the original Star Trek television series. Round 2 consulted with Gary Kerr, a renowned expert on special effects miniatures from Star Trek and many other series for this new model. The kit is an extremely accurate depiction of the Enterprise as seen in the original series. It includes a shuttle bay interior, bridge detail and is fully designed for lighting.

New but only ONE LEFT!!

An all new Star Wars kit from Round 2! The Razor Crest is featured in The Mandalorian series on Disney+. This is a 1:72 scale model, which will be 14 to 15 inches long.

We will publish further details as soon as possible for this Exciting New Release! (Coming August/Early Sept!!)

1:18 2022 Batmobile With Figure and Working Lights

He is Vengeance and you have his ride. This long-awaited Hollywood Ride from 2022's The Batman takes its styling cues directly from the film. Angular lines abound and hints of muscle car dominate this dramatic vehicle. Featuring working lights, opening doors and hood; the Batmobile also comes with a 3" die-cast Batman figure with cape, cowl and insignia.

As seen in The Batman, the Batmobile has been taken directly from the big screen and brought to you in 1:18 die-cast vehicle with a 3” die-cast figure.

Our high - end casting method allows for feature rich details, such as an opening hood, doors, and detailed interior.

The Batmobile and Batman figure come mounted to a stylized removable display base.

Doll & Hobby GA has announced their next kit to be a reissue of the Aurora Guillotine. This will be an ArtBox release, similar to the upcoming Hunchback kit. It will feature clean artwork on the box and a clear protective sleeve with the graphics printed on it. Will include a full colour back ground as well,expected release Mid 2022.