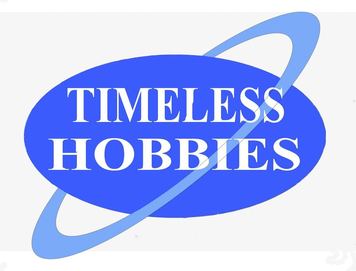 The models and  collectibles on this page are likely to be available on the date shown.

As early as 1942, an enlarged fighter version of the prototypes, Haunebu II, was built with a diameter of 26 meters and a crew of 9. This craft could reach supersonic speeds between 6,000 and 21,000 km/h!

At the end of WWII, when Allied forces moved into occupied countries and eventually Germany, no evidence of these flying discs could be found other than documents relating to their existence. However, after further investigation by Allied Governments and the interrogation of former Thule Gesellschaft and Vril Society members, new information was revealed. This new information convinced some of the interrogators that perhaps the Germans had actually created a type of craft with a special propulsion system that was capable of the claims of the secret Haunebu projects.

With this model kit, you get to decide was Haunebu real? What did it look like? The choice is yours!

Landing Gear can be modelled showing or put away for flying or landed version.

Dome base and metal support rod

Further details to be published!

New release from Star Ace the Gwangi from Valley of the Gwangi.

In celebration of the 100th Anniversary of the master of movie stop motion animation, Ray Harryhausen.

Star Ace is proud to release the Rhedosaurus, a vicious ancient creature unleased in the modern day.

Traditionally sculpted by the artisans of the famed creature shop of Kaibutsuya, this detailed statue of Gwangi is modelled

on the puppet created by famed stop-motion animator Ray Harryhausen.

This model kit will be limited edition of 400 pcs

1:18 2022 Batmobile With Figure and Working Lights

He is Vengeance and you have his ride. This long-awaited Hollywood Ride from 2022's The Batman takes its styling cues directly from the film. Angular lines abound and hints of muscle car dominate this dramatic vehicle. Featuring working lights, opening doors and hood; the Batmobile also comes with a 3" die-cast Batman figure with cape, cowl and insignia.

As seen in The Batman, the Batmobile has been taken directly from the big screen and brought to you in 1:18 die-cast vehicle with a 3” die-cast figure.

Our high - end casting method allows for feature rich details, such as an opening hood, doors, and detailed interior.

The Batmobile and Batman figure come mounted to a stylized removable display base.

Doll & Hobby GA has announced their next kit to be a reissue of the Aurora Guillotine. This will be an ArtBox release, similar to the upcoming Hunchback kit. It will feature clean artwork on the box and a clear protective sleeve with the graphics printed on it. Will include a full colour back ground as well,expected release Mid 2022.

All new plastic model kit from Monarch Models.  Kit is 1:35 scale and comes with base and small human figures.  Like other Monarch kits, this will have a limited run and be retired.

Expected release early summer and we will post further details and price as soon as available!!

1/8th Astronaut in scale with the Space Pod!!