The Raptor is usually operated by a crew of two (one pilot and one ECO), has synthetic gravity on board, and is controlled by means of a fly-by-wire system (Rapture). It is capable of atmospheric flight and is also equipped with a short-range FTL engine, allowing it to make short faster-than-light hops. Due to its size and shape, a Raptor is not launched from a battlestar’s launch tube, rather, it deploys from the forward end of a flight pod. The vehicle has been a mainstay of the Colonial fleet for over 40 years, having entered service sometime prior to the twelfth year of the first Cylon War. Its versatility and reliability in various roles has likely prevented it from being phased out by newer Colonial craft. This is the Assault or Heavy version of the Raptor that includes multiple weapons packs.

A very nice addition that the Moebius Mk II and Mk VII Vipers which are also 1:32 scale. 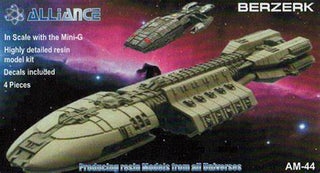 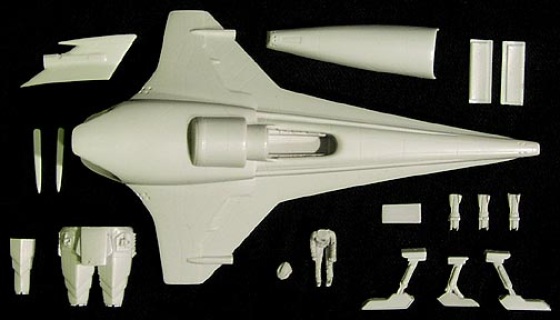