1:32 DIECAST FLYING SUB FROM VTTBOTS with Lights, Sounds and a Remote Control

1:32 Diecast Flying Sub from VTTBOTS with Lights, Sounds and a Remote Control

This spectacular, high-end collectible is a fully finished, large-scale deluxe replica featuring incredible detail, highlighted by authentic lights and sounds. A true work of art created for the discriminating collector, the FLYING SUB DELUXE REPLICA is limited to 500 pieces, and includes a certificate of authenticity and is offered in deluxe collector’s packaging.

IN STOCK (Only 1 Available!) 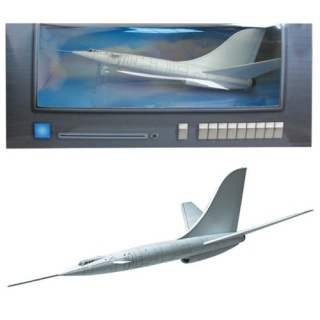 £69.95 £40.00
The Dragonfly From Jonny Quest - Display Model.
The Dragonfly is Dr. Quest's personal and probably supersonic jet. It contains a cargo bay capable of holding motor vehicles, a recreational area and media center, and a cockpit with four seats. In addition to regular landing gear, it contained skis for snowy terrain. Debuting in the classic series, it did not appear in season one, but was later resurrected by Lance Falk for the second season. Falk personally confirmed with Quest creator Doug Wildey the 'Dragonfly' name. Falk destroyed it in General Winter, where General Vostok's freeze bomb caused a rough landing and a fall over a cliff.
Product Code:  MMK2946 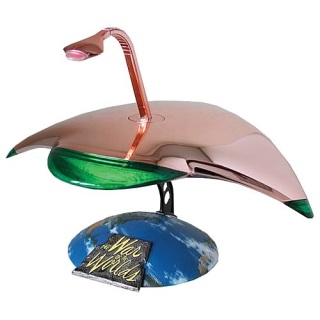 Look! It's a war machine! A preassembled version of the War Machine Model Kit (sold separately), this 1:48 scale War of the Worlds War Machine Preassembled Model Kit comes with copper/chrome-style plating, clear lenses cast in red and green colors (including a clear outer bubble lens for the eye), an Earth base, and a display stand. The kit was created from the original blueprints Pegasus Hobbies received from Paramount Pictures, used for the original The War of the Worlds film props. It's even designed and molded to make it easy for kit customizers to incorporate lighting! Add to your vintage Hollywood collection with this War of the Worlds War Machine Preassembled Model Kit! Measures about 7 3/4-inches tall. No assembly or painting required. Ages 13 and up. The Wingspan measures 10 1/2-inches in width, the Length of the model from the front-to-back measures 9 1/2-inches long, and the Height of the model measures 4 1/2-inches tall. The base is a 5-inch diameter circle that is dome shaped. The support arm comes up from that to about the same height, so the bottom of the War Machine is about 5-inches off the table. 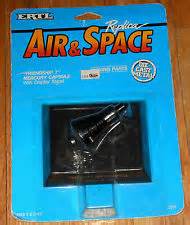 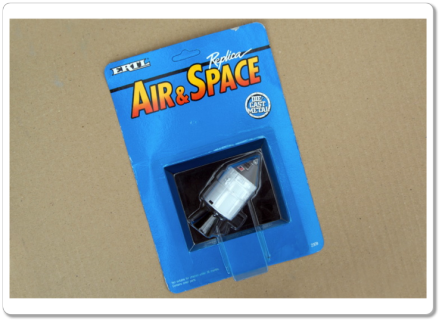 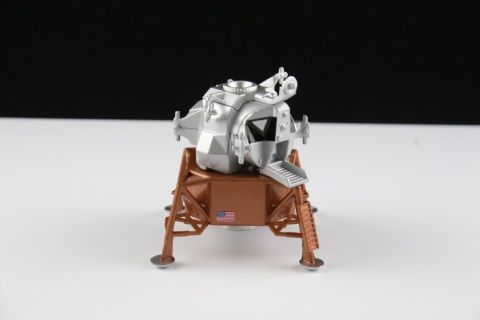 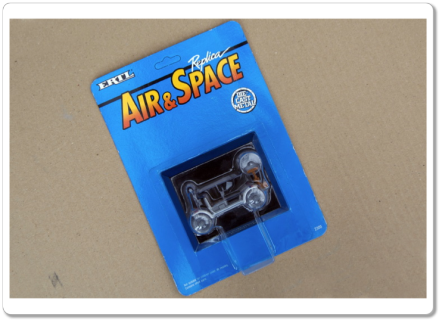 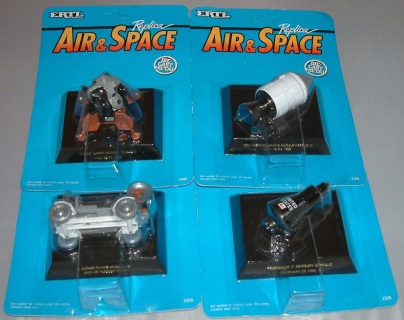 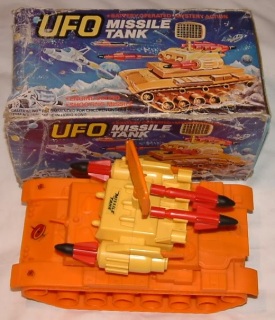 £
250.00
8" long. IP. Toy tank from the 1970's with working features including radar dish and firing missiles (four missiles and radar dish included). Complete in box with one box end flap missing. Otherwise box has wear but is in fair condition. Box shows Gerry Anderson's 'UFO' related vehicles although item itself was not in show.