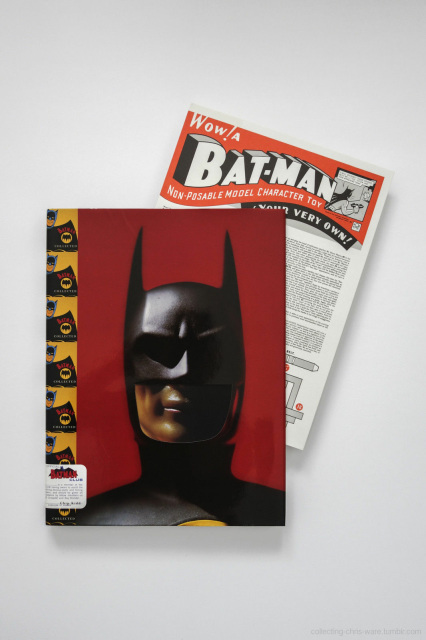 This is a beautiful book. It is stuffed with high quality photographs of Batman memorabilia.

It treats the memorabilia like an art exhibition, giving approximate sizes for all items.

It has very little text, but what there is explains some of the early life of graphic design legend Chip Kidd, and how he became fascinated/obsessed with collecting Batman memorabilia.

It includes some photos of actual costumes from the TV series and films. It does seem to concentrate on the Adam West Batman, but that's because the TV series was a massive phenomenon (like the Beatles) and that's when most of the collectables were made.

The hardback comes with a small cut out and make Batman insert designed by comics genius Chris Ware in a 1940's/1950's style.