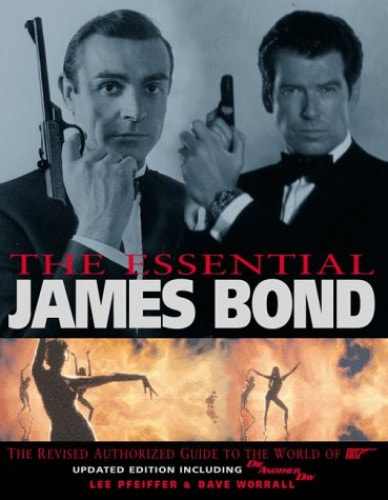 'A superb compendium that will delight Bond aficionados and newcomers alike.' Radio Times

The Essential James Bond: The Revised Authorized Guide to the World of 007 is the bible for every 007 fan. Film by film, from Dr. No in 1962, it details every major character and actor to have ever played part in the Bond phenomenon - now including the latest Bond adventure, Die Another Day.

Meticulously researched and updated by two of the world's leading Bond authorities, The Essential James Bond gives an in-depth critical review of each of the twenty official films, with fascinating facts and behind-the-scenes stories. It features all the details an armchair secret agent needs to know, including the personalities behind the making of the most successful franchise in film history, the locations, the five Bonds and their accomplices, their tools and their enemies.

With the addition of over 250 rare production photographs, cinema posters and product advertisements from the archives of Eon Productions - many now seen in this edition for the first time - the phenomenon of 007 is spectacularly captured for ongoing reference as it enters its fifh decade.