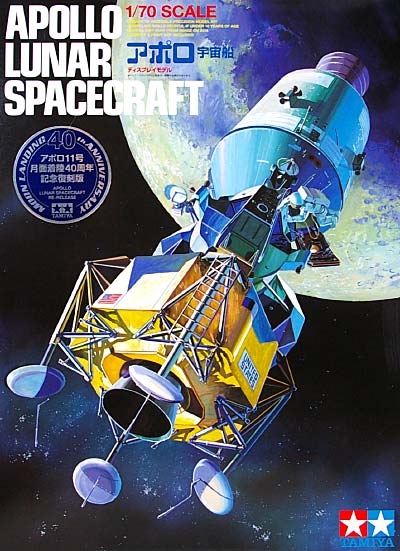 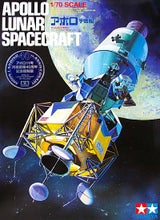 ★This is a plastic 1/70 scale assembly kit of the Apollo spacecraft. ★In addition to the Command, Service, and Lunar modules, the Saturn V rocket's frontal part and two display bases for the Lunar and Service modules are included. ★The cone-shaped Command Module can be separated from the Service module. Clear transparent plastic plate is included to depict glass areas. ★The Lunar Module has detachable ascent and descent stages and can be docked with the Command Module. ★Two astronaut figures and an American flag are included for added enjoyment.

This is in excellent condition and all parts still sealed.

One small Indent on left hand side...