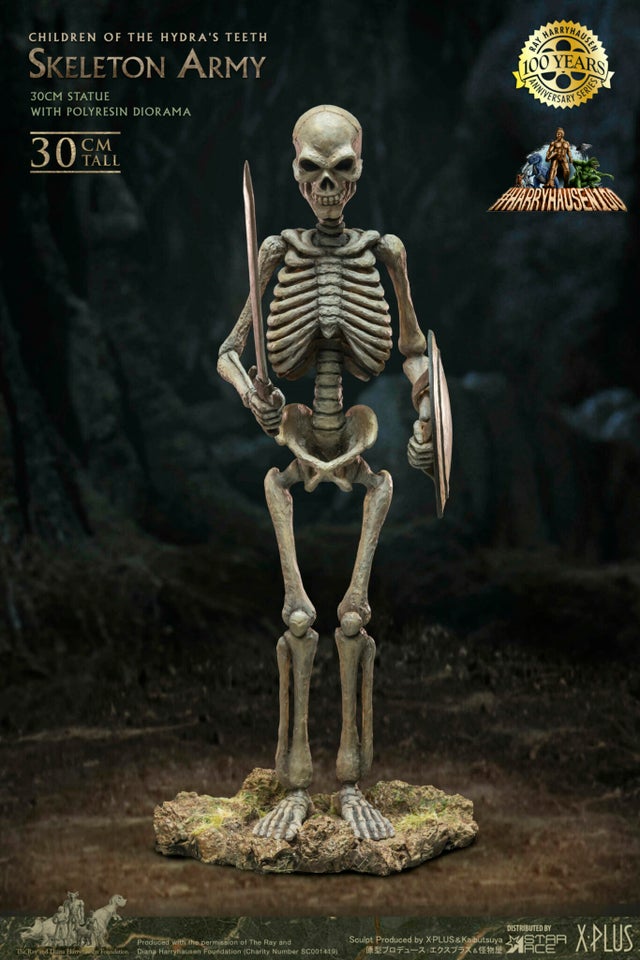 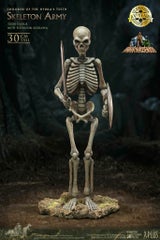 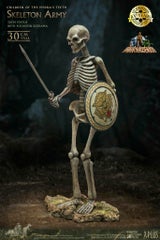 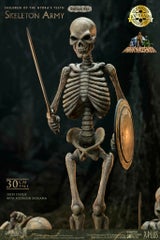 Stop motion master, Ray Harryhausen, pitted the noble heroes against animated skeletons in several of his movies. Ray’s skeletons provide a creepy, and sometimes funny villain that makes for a great action scene.

Star Ace has re-created Harryhausen’s skeletons, known as “Children of the Hydra’s teeth”, as a 1/6 scale polyresin statue, armed with sword and shield, ready to take on any hero. The skeleton comes with a rocky terrain base with real grass effects. Get multiple statues to create your own skeleton army!