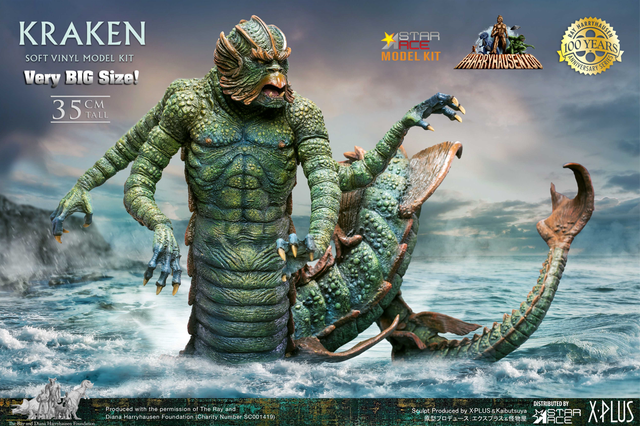 In celebration of the 100th Anniversary of the master of movie stop motion animation Ray Harryhausen, Star Ace is proud to release the Kraken,

a giant and fearsome sea monster sent by the gods to destroy mortals that have defied them. Perhaps Ray Harryhausen’s greatest achievement in stop-motion animation,

the Kraken is a huge four-armed creature with a long tail and terrifying face traditionally sculpted by the artisans of the famed creature shop of Kaibutsuya,

this detailed Kraken vinyl kit is made from soft vinyl and stands 35cm tall and is an impressive 54cm long.