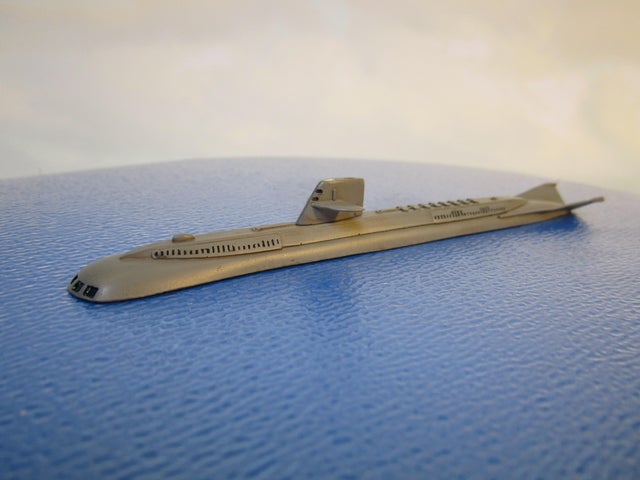 Seaview is a 1/1200 scale waterline resin model of a nuclear powered, Polaris armed submarine model from the 1961 film "Voyage to the Bottom of the Sea" by the new maker Future Fleets no.001. The model is fully-finished and painted in neutral grey and lightly weathered.

The waterline 1/1200 scale model of Seaview, which measures approx 145mm represents the super-submarine as she appeared in the 1961 film and first season of the television series.

A full hull model and a model surfacing at the North Pole will also be available.

Comes with it's own protective packaging. The seascape base is not included.

Please Note: This item is to order only - Delivery 8-12 days!