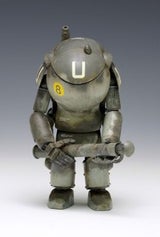 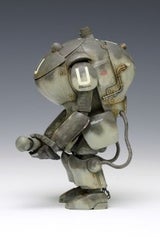 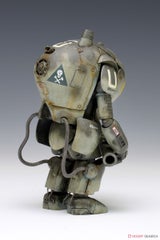 Wave brings us an awesome model kit of the S.A.F.S. Mk.III assault type A8/R8! The S.A.F.S. lost its superiority against the Strahl Army's armoured combat suits, requiring an increase in power output and the addition of heavy armour. The S.A.F.S. Mk.III A8/R8 has a bore-up engine and armoured front and rear engine parts. This model kit snaps together so glue isn't needed, and polycap joints give it posability; a detonation cord is also included, as are decals for its markings.