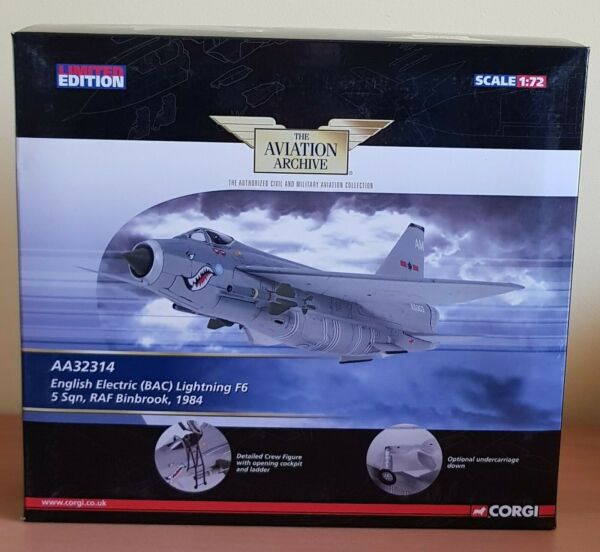 Pieces Worldwide1:72 Scale   Length   WidthEnglish Electric Lightning F.Mk 6   9.25"   5.75"The F6 was an improved, longer range version of the F3 interceptor fighter and was one of the final variants of the excellent and iconic BAC Lightning. Noted for its exceptional speed, endurance and weapons carrying capability, the Lightning will always be remembered as a spectacular and potent interceptor; defending the RAF’s airspace against Soviet intrusions throughout the height of the Cold War. Able to climb faster than anything else in the skies, the Lightning was a fearsome machine and not for the faint hearted to fly. Gaining the Lightning with its move to RAF Binbrook in 1965, 5 Squadron would keep its Lightning’s until their replacement with Tornado F3s in 1987. This particular machine still exists, though preserved in a different colour scheme. The shark’s mouth was painted on during gunnery exercises and later removed.