The Monkeemobile is a modified Pontiac GTO that was designed and built in 1966 by designer Dean Jeffries for a new TV show called “The Monkeesâ€. Jim Wangers from the Promotional Department at Pontiac supplied two base 389 4-barrel 1966 GTO convertibles with automatic-transmissions to be converted into Monkeemobiles. The car features a tilted forward split two-piece windshield, a touring car convertible top, modified rear quarter panels and front fenders, exaggerated tail lamps, set of four bucket seats and an extra third row bench where there was originally a trunk, a rear-mounted parachute and a GTO emblem on the front grille.

Aoshima brings us a model kit of the legendary K.I.T.T. from "Knight Rider"! The Season 3 version of this amazing vehicle featured four fog lamps, with a single monitor on the instrument panel and a detachable roof window.

This black Impala is an automotive star on the 'Supernatural' TV series. The Impala is Dean's trademark black 1967 Chevrolet Impala. It was passed down to him by his father. The trunk holds a mass of weapons that are modified and crafted to aid The Winchesters in their hunting activities. Dean refers to the Impala affectionately as "Baby." 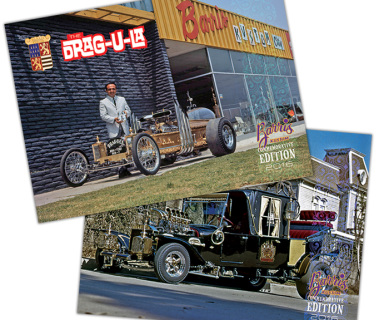 Included is a special full color postcard featuring either the Drag-U-La or Barris Koach and one card is randomly inserted into each kit. 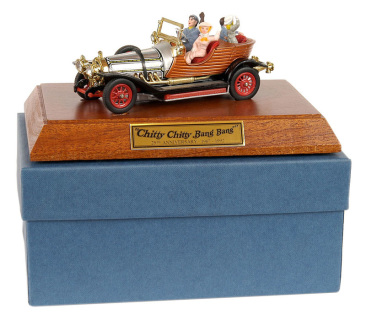 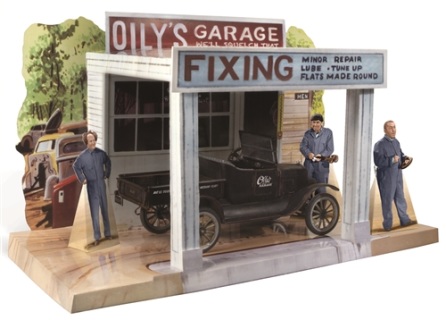 The wise guys at AMT are up to it again with another great release featuring the iconic comedy trio, the Three Stooges. This time around, the Stooges are up to their usual shenanigans working at Oily’s Garage (Open “oily”, closed “oily”). This Ford Model T kit offers over 100 parts that can be used to create two complete model T cars. The Stooges give it the business with decal livery options for Dr. Belcher’s Compound, Onion Oil Co., Noburpoline, Oily’s Garage and more. The kit is rounded out with a full-colour service station cardboard display featuring the Stooges themselves! 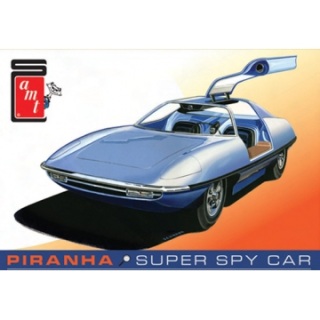 AMT Kit #916. 1/25scale. AMT re-issued this kit in 2015 of the Piranha Super Spy Car from the 1960s TV show, 'The Man From U.N.C.L.E. The model kit features Spy tech such as concealed rockets, parachute, dual flame thrower, etc. The car is modeled with gull-wing doors, detailed motor and interior.

Aoshima 1/24th Back to the Future - Part III Super Detail

1:24th scale. IP/PE. 2012 Re-issue of the time travelling Delorean from the movie 'Back to the Future Part III'.

Now includes photo-etched metal detail parts for added refinement. Can be built as either road or rail version.

Back to the Future Time Machine 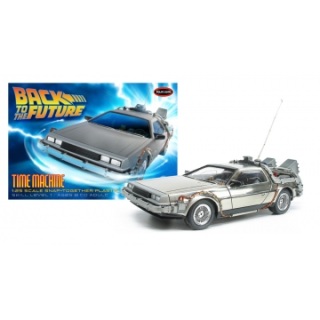 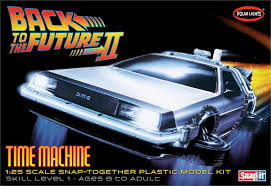 In the classic series of Back To the Future movies, the iconic Delorean Time Machine evolved from film to film. The surprise ending to the first movie hinted at what was to come as the Delorean lifted off the ground and took flight. This model kit from Polar Lights introduces the BTTF II Time Machine. It features the same brushed-metal finish used on the 2013 release, but also supplies new parts to hold the wheels in pivoted flying position. A stand system holds the model off the ground to complete the kit.

Moulded in brushed silver and gray

Flying car from Back to the Future II

Back To The Future III Time Machine 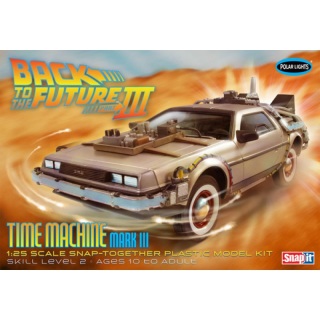 1:25 Back to the Future III Time Machine

Molded in brushed silver and gray

Car from Back to the Future III 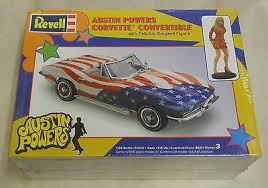